Penguins in a musical

On 27/28 May 2005, the children at the local primary school "De Maaskei" in Kinrooi (BE) celebrated their school festival. They made a huge success of the children musical "Napoleon, keizer van Antarctica" (meaning "Napoleon, emperor of Antarctica").
The school hall was sold out and, as you can see on following pictures, they put a lot of effort and time to design the set and rehearse for the performance.
They used the penguinsong for music.
Click on the pictures to enlarge. 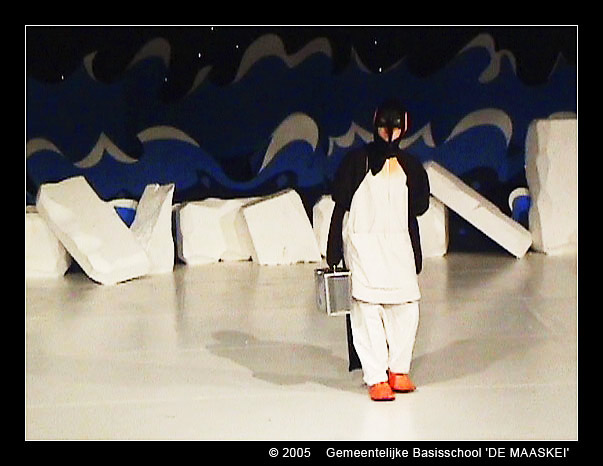 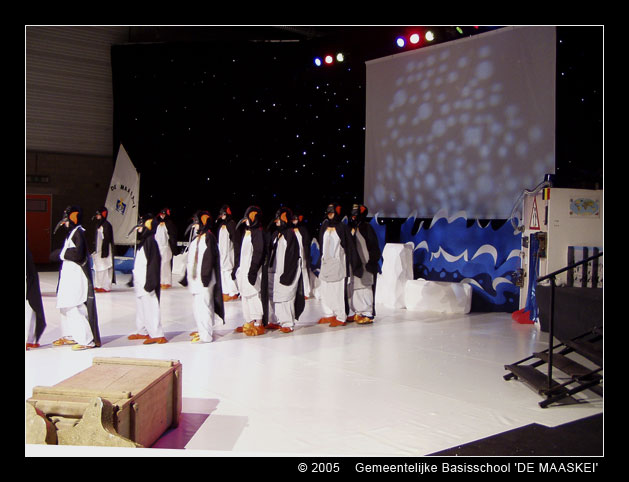 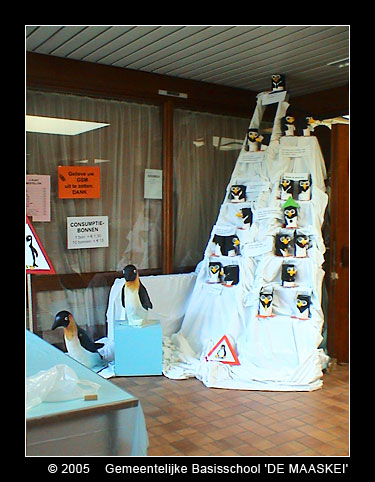 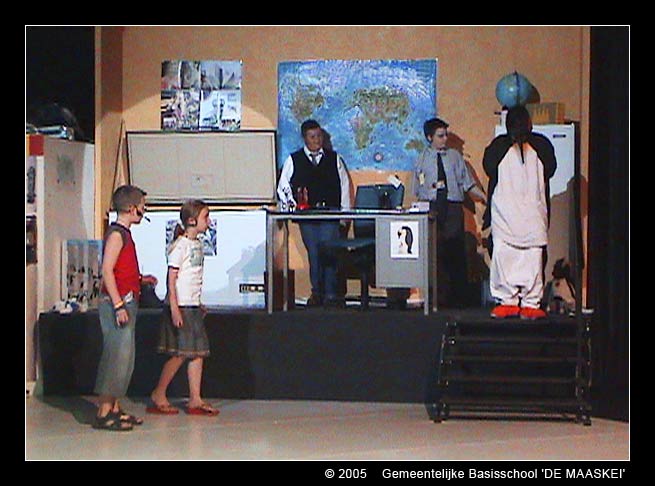 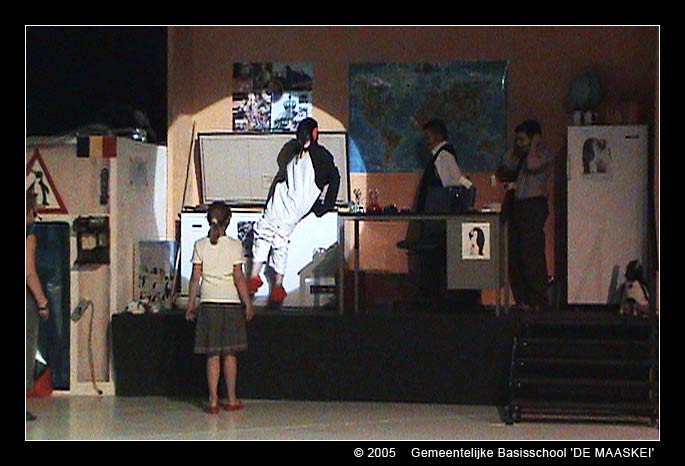 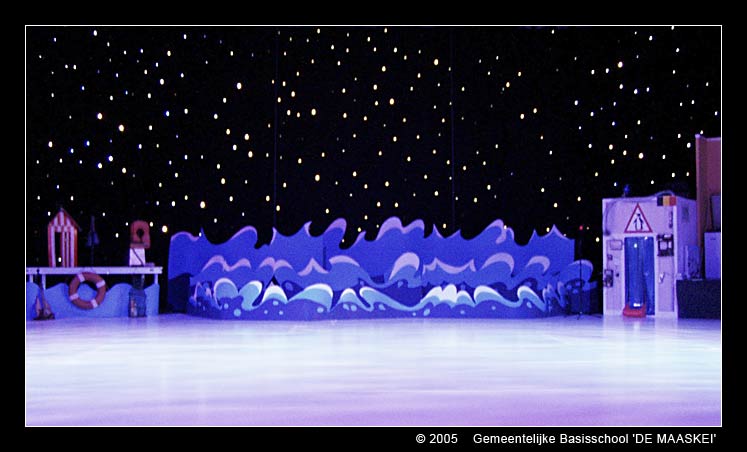 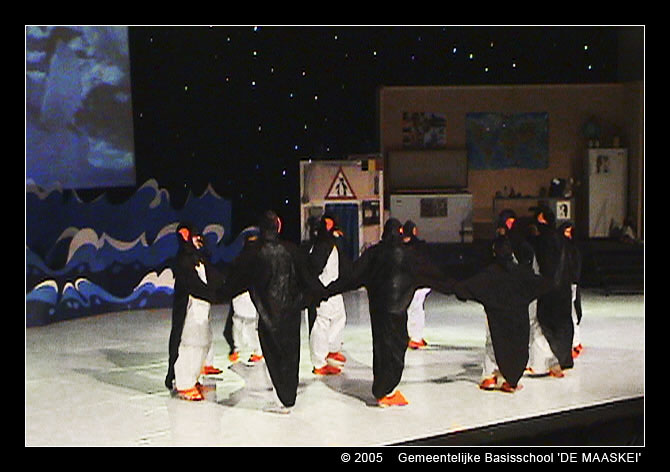 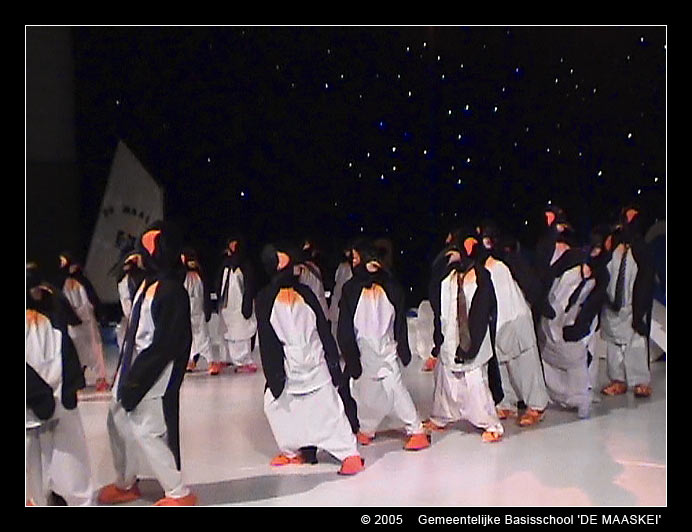 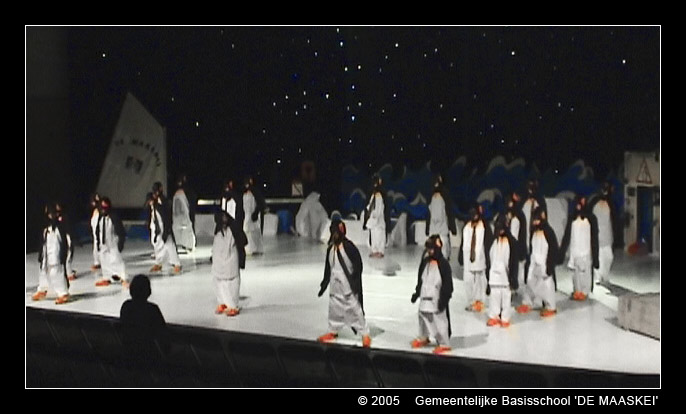 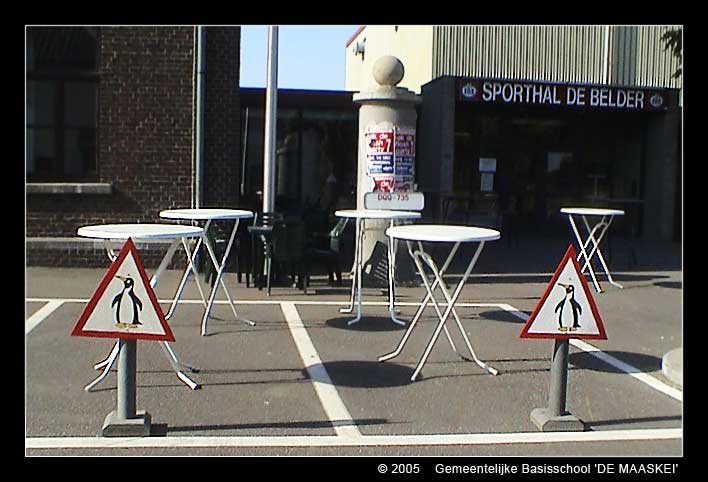